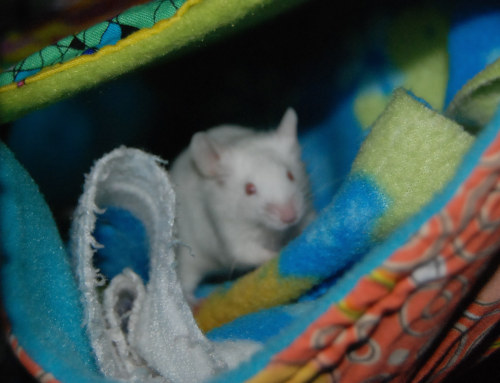 The tiny, twisty, crazy mouse who started it all. You landed in my life unexpectedly, a feeder mouse handed off to me by a vet who didn't realize how special you were. I never intended to rescue any mice, and after watching you running in constant superspeed circles I had no idea how long you would be with me, but I do believe you've outlived all of the mice who've followed in your footsteps. We treated you with medications but the OCD circling never subsided, and yet you went on to live a *very* long life filled with food, a large cage, and a great many companions. 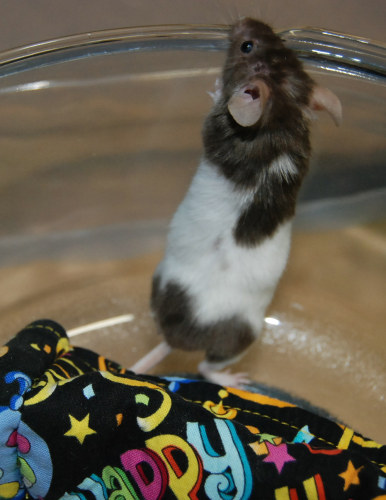 Aisha was your first and, I do believe, greatest love. She took to you instantly and tolerated your strange ways and poor intro manners. She loved you dearly for the short time she was with us, and then we set about the task of finding you a new companion. 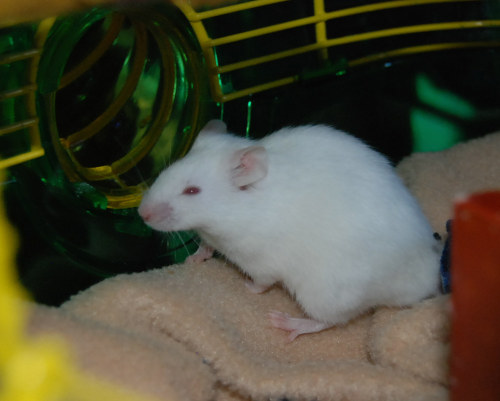 The process was rocky, and led us to the addition of Morselle, who turned out to be an unexpected male and thus an unsuitable companion for you. So the search continued for a pair of females so you each could have your own. 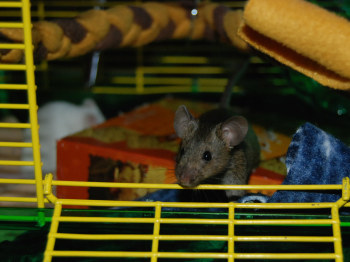 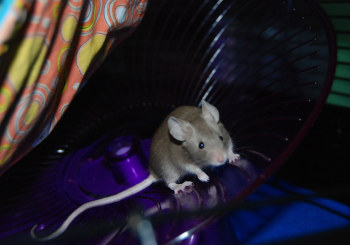 Along came Chunkin & Grumpkin, and while Chunkin shared a quick affection for you, Grumpkin lived up to her name and was more temperamental. Since she didn't understand your circling habits, she was given to Morselle while Chunkin was left to love and snuggle you. Shortly after Morselle passed unexpectedly, and Grumpkin was re-united with you and her sister. Sadly, she passed shortly after as well, and Chunkin was right behind her leaving you in need of companionship once more. 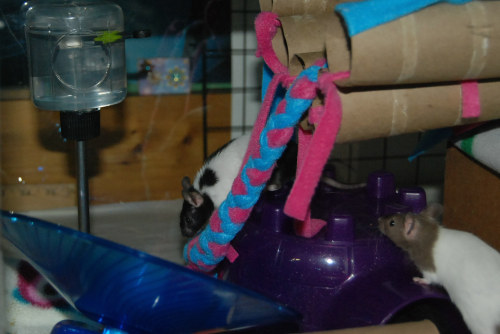 A long search led us on a 6 hour road trip to two needy girls, and so began your final journey with Moxi and Mojo. These two also took quickly to you, and I always found the three of you snuggled in your hammock after your long days of circling the cage. But age caught up with you, and as your running decreased you began OCD scratching which we could not stop, and one day found that you had peacefully slipped away in your sleep. It was a long and beautiful story, with the happiest ending I could have wished for you (minus the OCD scratching), and I'm so very thankful to have been a part of it. For every mouse that has been rescued since, I always think of you and how one tiny mouse sparked a ripple effect that saved so many others. You set my life on a different course, and I'm so thankful for all the wonderful souls I never would have met without you. 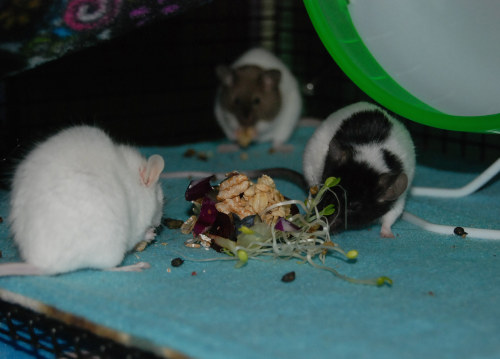 I hope wherever you are now, that you are running straight lines with Aisha, Chunkin, Grumpkin, Morselle, Moxi and Mojo... but I'll always remember you fondly as my twisty, left turning firecracker of a boy. <3 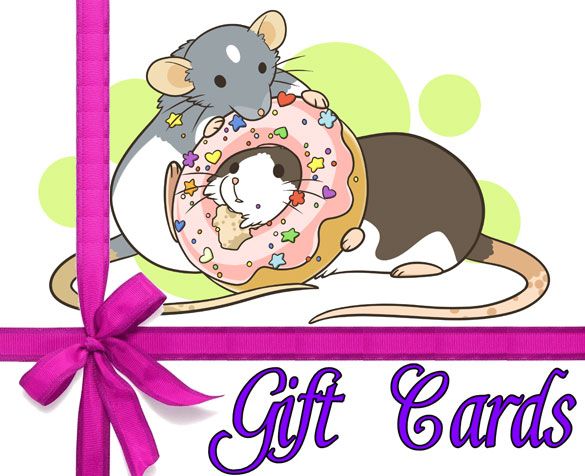 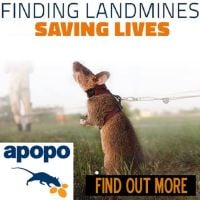